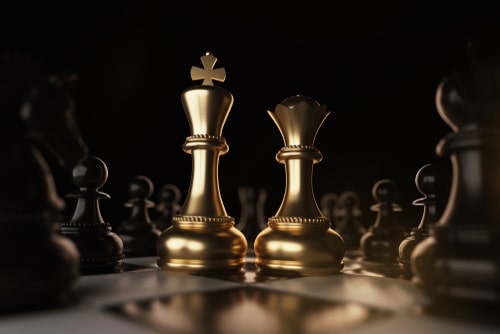 (Kitco News) There is a lot of confusion in the marketplace after U.S. President Donald Trump tested positive for coronavirus. Still, analysts remain bullish on gold next week, aside from a few caveats to watch out for.

“The Trump news trumps everything else – economic data, the stimulus package, etc.,” said Phoenix Futures and Options LLC president Kevin Grady. “Gold pulled back a bit. But with all the money out there, the yellow metal should be higher. There are a lot of speculators in the gold space right now. They are pushing the market lower.”

For now, gold seems to be stuck as it trades around the $1,900 an ounce mark, Grady told Kitco News on Friday.

The Trump’s coronavirus news should push people towards gold due to increased uncertainty, but since gold is currently trading in tandem with stocks, a lot depends on market reaction to next week’s developments, Grady explained.

“Gold and stocks are trading together. There is going to be a lot of uncertainty, and there is a risk that investors will choose to liquidate their positions just to protect themselves in case something bad happens over the weekend,” he said.

Next week will be all about watching how Trump’s illness develops and whether there is any chance the government can get the additional stimulus approved, said Kitco Metals global trading director Peter Hug.

“If the president gets really sick, you would expect that it would be positive for the metal just because of the uncertainty of the government being able to function without Trump. Offsetting that notion is the equity market, which is likely to continue weaker as people raise cash, which is negative for the metals,” said Hug. “Given what we know about Trump, will the government be able to get the stimulus package together prior to the election? The market needs it. If they don’t get, it is problematic for the equity markets and metals as well.”

It is in the interest of Republicans to get some stimulus out there to help stabilize the markets before the election, noted Hug. “If not, with a second wave coming and the economy slowing, there is going to be a downturn.”

Hug also mentioned worst-case and best-case scenarios for next week.

More serious implications for the president would be the worst-case scenario, he said. “This could potentially include liquidation in the equity market. People are already scared, so the first instinct could be to run to cash, which will hurt commodities and equities. Gold could trade down to $1,850, which is a fairly solid line. If we lose that, we could test into the low $1,800s,” Hug described.

The best-case scenario would be that Trump has symptoms but can still work. Also, if the stimulus package is passed and the equity market stabilizes. “Gold’s upside potential is a close above $1,925 and then $1,975,” Hug added.

Seasonality is also starting to play a role here, Lust added, noting that the first two weeks of October are traditionally good for gold. “Seasonally, gold will rally late this summer, sell-off post-Labor Day, re-buy in October and then correct again in November,” Lusk said. “Look for this market to be bought. Investors will come back on dips.”

There is still a lot of money just sitting on the sidelines ahead of the election, and there is a chance that gold attempts to climb back towards $1,980 in the next two weeks, Lusk added.

“We had a decent correction in gold of about $200 from its highs. Form a percentage standpoint, gold at the $1,980 an ounce level is a gain of about 30% since the start fo the year. Those are levels that will need to be recovered,” Lusk noted.

What to watch next week: U.S. VP debate, the stimulus package, and FOMC meeting minutes

With Trump in quarantine for the next two weeks, all eyes will be on the vice-presidential debate on October 7 between Vice President Mike Pence and Joe Biden’s running mate Kamala Harris, according to analysts.

“With Joe Biden riding high in the opinion polls, Kamala Harris’s job will be to prevent Pence from scoring too many points,” said ING FX strategists on Friday. “How will the dollar trade in light of these political developments? The early signs are that a big lead for the Democrats is seen as reducing the risk of a contested election, supporting risk assets and gently weighing on the dollar. Any Republican comeback could reverse this trend.”

The other big item on the agenda is the Federal Reserve’s September meeting minutes, which will also be released on Wednesday.

The message the markets will get is likely to be very similar to what Fed Chair Jerome Powell talked about during the press conference after the September’s rate announcement.

Any progress on the stimulus package talks will also be carefully monitored by the markets with a potential for significant ripples in stocks and the precious metals market, ING added.

In terms of data, there is the U.S. ISM non-manufacturing PMI on Monday and jobless claims on Thursday.