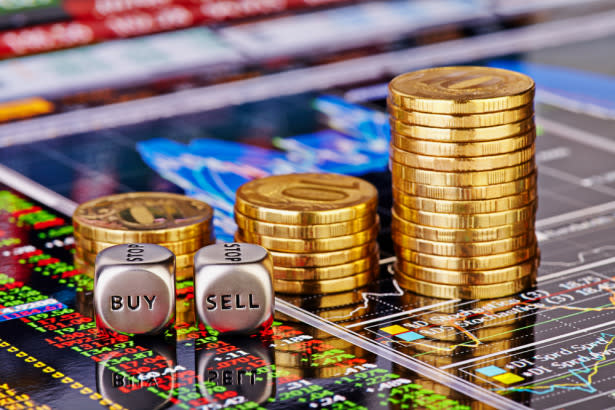 There was notable activity in the commodities markets during the holiday-shortened week. Gold prices finished marginally lower after touching a six-week high on Monday as the U.S. Dollar firmed. Crude oil closed slightly lower and inside the previous week’s range as traders began to question whether the seven week rally was running out of steam, and natural gas retraced about 50% of its two week rally on renewed weather concerns.

Gold climbed to a six-week high last Monday, driven by news that U.S. congressional leaders reached agreement on a COVID-19 aid package, while lockdowns in the United Kingdom soured appetite for riskier assets and added to the precious metal’s support.

Later that day gold erased early gains to fall by as much as 1.3% and spent the rest of the week trying to regain its upside momentum, under pressure from an advancing dollar as fears of a new coronavirus strain roiled markets and forced tougher restrictions.

Risk-off sentiment played a role in the weakness with Forex and equities participating in the price slide. The new variant of the virus sparked renewed uncertainty and instead of choosing gold as a safe-haven, investors sought protection in the U.S. Dollar, which weighed on foreign demand for dollar-denominated gold.

U.S. West Texas Intermediate and international-benchmark Brent crude oil also fell in similar fashion as gold with the common factor between the two commodities being the firmer U.S. Dollar.

Crude oil prices tumbled nearly 3% last Monday as a fast-spreading new coronavirus strain that has shut down much of Britain and led to tighter restrictions in Europe sparked worries about a slower recovery in fuel demand.

Based on the price action the rest of the week, Monday’s sell-off represented a knee-jerk reaction to the virus news rather than the start of a change in trend. This assessment became more evident on Wednesday when oil prices rose more than 2%, boosted by draws in U.S. inventories of crude, gasoline and distillates that lifted investors’ hopes for some return in fuel demand.

The holiday-shortened trading week was not kind to the natural gas market as prices plunged on weak cash prices, forecasts calling for milder temperatures and light heating demand according to the U.S. government’s weekly storage report.

Prices dropped sharply on Wednesday after the Energy Information Administration’s (EIA) reported a withdrawal coming in several Bcf below what the market had been expecting. The EIA said that inventories fell 152 Bcf for the week-ending December 18, while analysts had pegged the draw closer to 160 Bcf.

For a look at all of today’s economic events, check out our economic calendar.

This article was originally posted on FX Empire