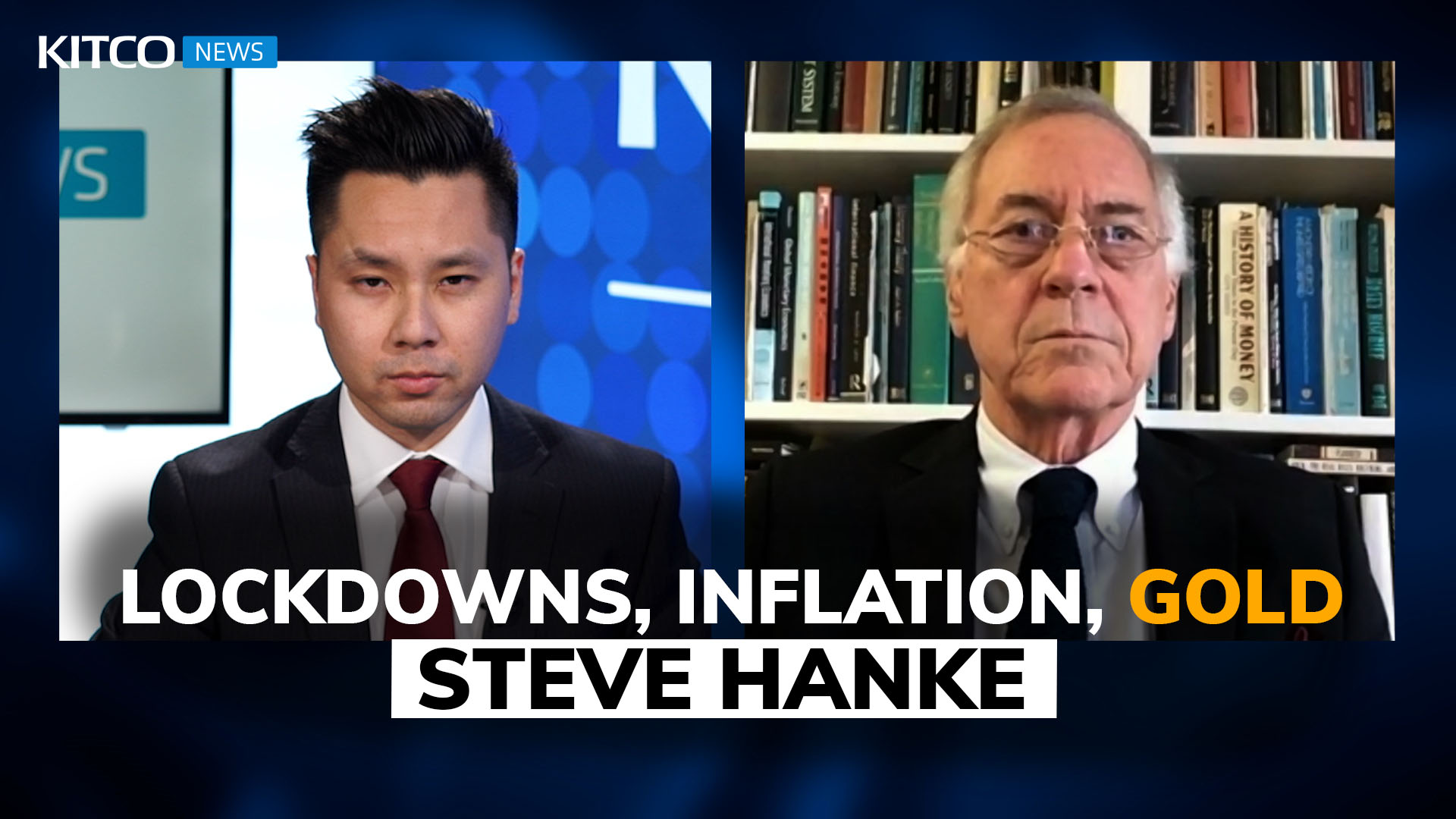 One of the main lessons from the last financial recession of 2008 is that the U.S. economy did not see double-digit inflation rates when quantitative easing was launched, said Steve Hanke, professor of applied economics of Johns Hopkins University.

“All the gold bugs in the world said that the Fed was exploding its balance sheet, the narrow measure of money was going up very fast, we’re going to have hyperinflation. No, we didn’t have hyperinflation because the Fed is a very small part of the broad money picture, and broad money never grew very fast, it never grew more than about 5% per annum,” Hanke told Kitco News.

The definition of hyperinflation is a higher than 50% inflation rate on a monthly basis, for more than 30 days in a row, Hanke said.

He noted that there currently is still insufficient money supply growth to push inflation to those levels.

“Money supply properly measured through M4…is growing at 29.5% year over year. That’s the highest rate we’ve ever had in recent history in the United States,” he said, but “that’s not even close to the amount of money explosion you would need to have hyperinflation.”

Should the Fed continue the same pace of monetary stimulus as this year, inflation will come, and at a higher rate than the central bank would like.

“Since the end of February, the Fed has jacked thins up so much that there has been a big bulge in the money supply in the United States, and that will eventually feed through to higher inflation rates. So, the idea that we’re going to have no inflation, I don’t think is correct. We’re going to have more inflation, and in fact, when that inflation reaches 3.5% to 4%, I think the Fed will get pretty nervous,” he said.