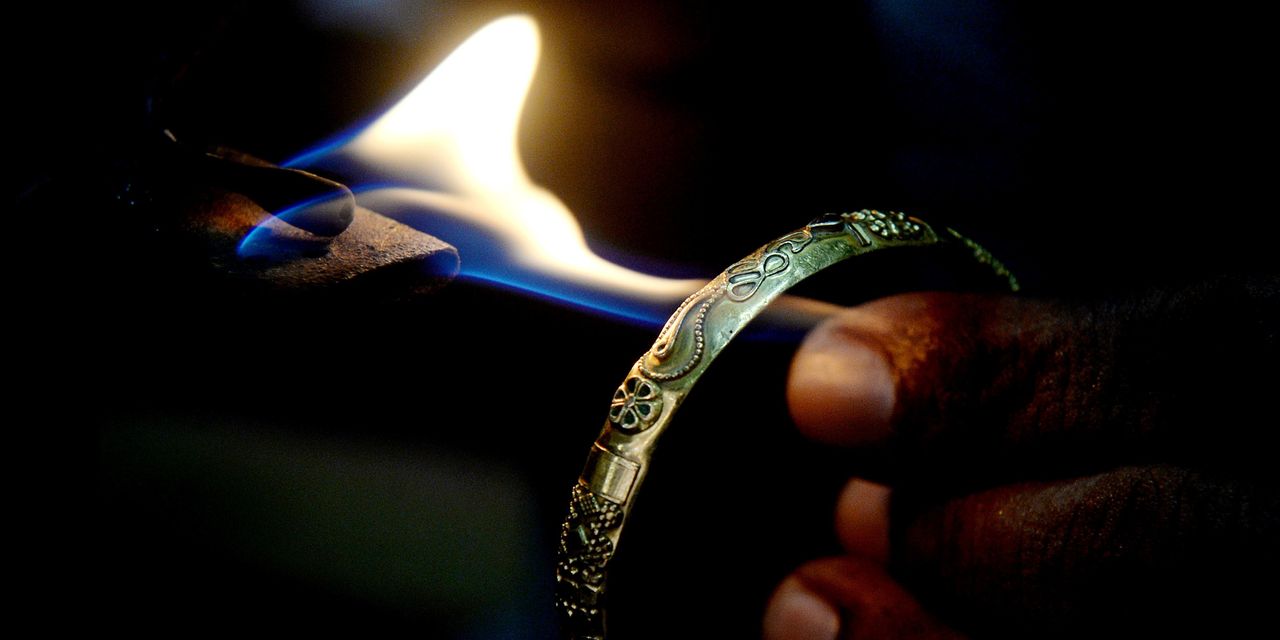 Gold futures were on track for another sharp drop on Tuesday and threatening to drag the precious metal’s price below a level seen as key support.

Progress toward remedies for COVID-19 has reduced the need for the safe-haven metal after investors earlier this year rushed into bullion as the U.S. dollar rose amid economic uncertainties created by the pandemic.

Further clarity on the U.S. political scene, after President Trump late Monday said his aides would cooperate with President-elect Joe Biden’s transition to the White House, is also easing investors’ concerns about a drawn-out fight over the Nov. 3 election.

“Covid Vaccine news and the smooth beginning of the transition of Biden as the US president has resulted in gold and silver falling,” wrote Chintan Karnani, chief market analyst at Insignia Consultants.

Gold dealer’s see the metal’s support level around $1,800, around its 200-day moving average, after slipping beneath a key level at $1,850 on Monday. Moving averages are seen by technical analysts as potential dividing line between bullish and bearish momentum in an asset.

On Monday, gold and silver prices took a fresh hit from reports from drugmaker AstraZeneca, who said a late-stage study found that the vaccine it is developing with the University of Oxford had an up to 90% efficacy rate. That news followed similarly upbeat vaccine news from Pfizer and its partner BioNTech, as well as from drugmaker Moderna earlier this month.

“Finally, the main casualty of the latest bout of euphoria has been gold,” wrote Marios Hadjikyriacos, investment analyst at XM, in a Tuesday note.