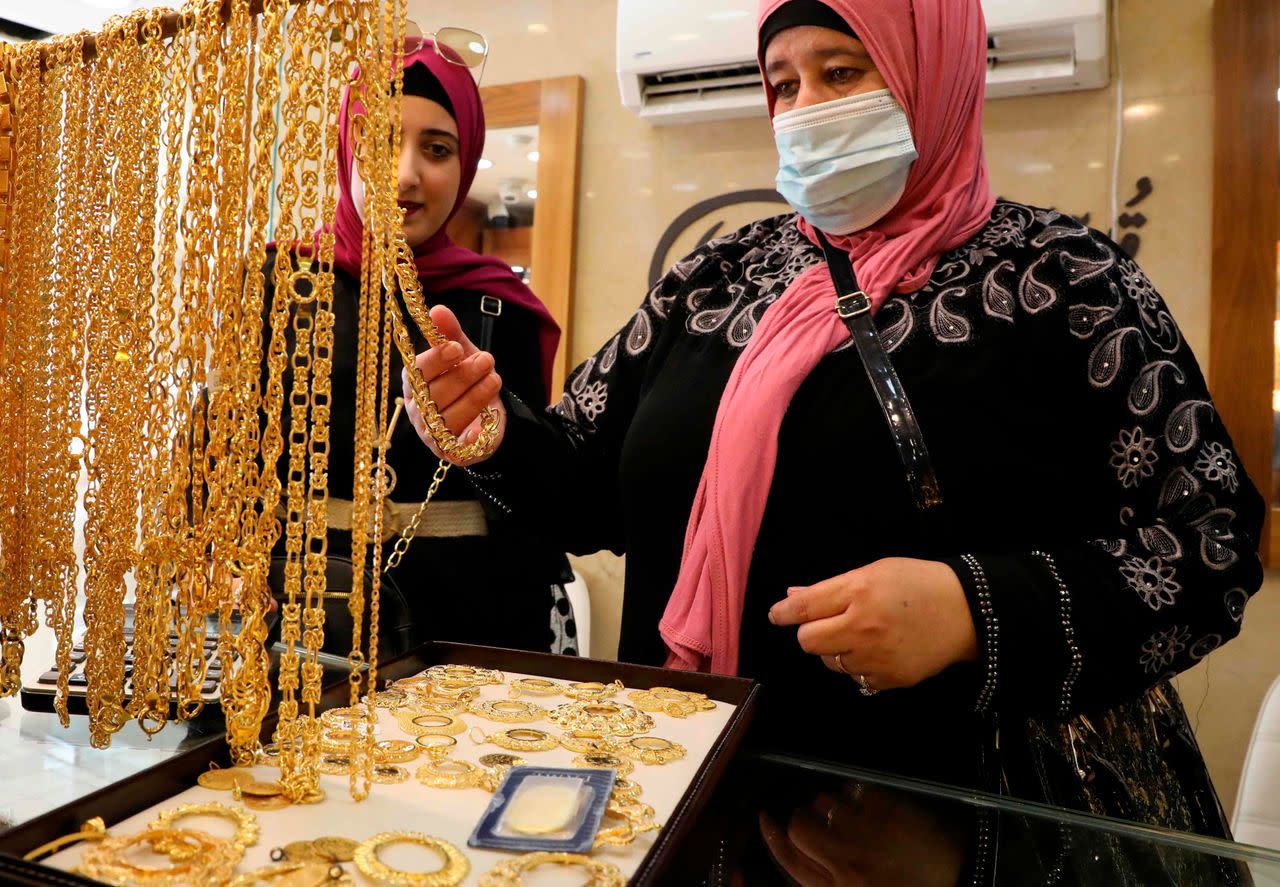 (Bloomberg) — Gold has in little over two months gone from being a favored reflation bet to heading for its worst first quarter in almost four decades.The change of fortune comes as higher yields dent the appeal of bullion, which offers no interest. At the same time, optimism that the rollout of Covid-19 vaccines will drive a global recovery has pushed investors to switch from the traditional haven to other assets.Gold’s turnaround has been sharp. After enjoying its best year in a decade, the metal has slumped more than 10% in 2021. Investor inflows into exchange-traded funds, which supported the metal’s surge to a record above $2,075 an ounce in August, have gone into reverse. While inflation expectations are rising, which some investors say should support gold, that’s being overshadowed for now by the effects of rising yields.On Friday, the metal touched the lowest in almost nine months after Federal Reserve Chair Jerome Powell stopped short of forcefully pushing back against the recent surge in long-term borrowing costs, sending U.S. Treasury yields soaring. During an appearance in a Wall Street Journal webinar Thursday, Powell said the recent bond-market swings “caught my attention.” He said he is monitoring financial conditions and would be “concerned” by disorderly markets.“Although inflation is becoming a theme, gold is struggling,” Robert Jan van Der Mark, a portfolio manager at Aegon NV who sold his gold holdings in late November. “The recent move in U.S. yields was also mainly driven by real yields moving up, not really by break-even inflation. That’s not helping gold prices.”For some, the vaccine breakthroughs in November proved a turning point, with Bank of America Corp. dropping its previous bold forecast of $3,000 for bullion. Others are playing catch-up. Hedge funds have slashed their long positions to the lowest since May 2019, while banks from Goldman Sachs Group Inc. to UBS Group AG are racing to lower their forecasts for the precious metal.Investor disillusionment with bullion is partly being fueled by the arrival of a new competitor: Bitcoin. Those fearing currency debasement now have an alternative asset whose supply is inherently limited, with the digital currency surging this year.“Some investors are clearly looking at Bitcoin and digital assets as a replacement for gold,” Aakash Doshi, an analyst at Citigroup Inc., wrote in a note. “There is a material enough overlap of retail and more importantly institutional dollars in these markets.”Still, it may be premature to write off gold, with signs of a recovery in the physical markets that were particularly hard-hit during the pandemic last year.Indian jewelry demand is rebounding from a more-than two-decade low, with prices falling below the psychologically important level of 50,000 rupees ($688) per 10 grams, which kept buyers away last year. In China, gold is now trading at a premium to London prices after being cheaper for most of 2020, another sign of recovering demand.“On a longer-term view, we see gold moving higher given supportive trends such as rising incomes in emerging markets boosting physical demand and global annual mined production continuing to decline,” said Evy Hambro, global head of thematic and sector based investing at BlackRock Inc.Still, that may be some way off as improving growth prospects mean there’s little appetite for the haven asset in the immediate-term. Holdings in gold-backed ETFs have declined to the lowest since June and spot bullion prices down 0.1% at $1,695.13 an ounce on Friday to head for a third weekly loss.“Higher rates and an improving economy are suppressing gold,” said Patrick Armstrong, chief investment officer at Plurimi Wealth LLP, who cut his funds’ exposure to the metal by half in November. “In our base case, gold won’t do well.”(Updates with price move in penultimate paragraph.)For more articles like this, please visit us at bloomberg.comSubscribe now to stay ahead with the most trusted business news source.©2021 Bloomberg L.P.