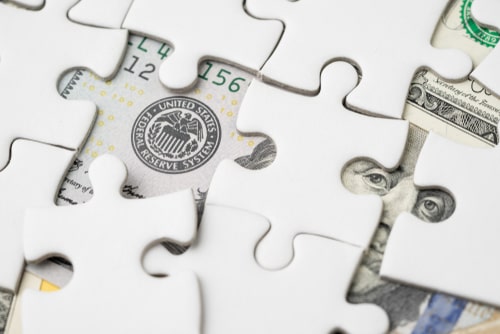 (Kitco News) Gold remained steady below $1,900 an ounce after the Federal Reserve released its September meeting minutes, which revealed that many officials assumed more fiscal stimulus was on its way.

“The staff’s forecast assumed the enactment of some additional fiscal policy support this year; without that additional policy action, the pace of the economic recovery would likely be slower,” the minutes said.

Officials also cautioned that “the absence of further fiscal support would exacerbate economic hardships in minority and lower-income communities.”

What this means is that if the U.S. fiscal stimulus turns out to be less generous or arrives later, those FOMC participants would have a weaker outlook, said CIBC Capital Markets senior economist Royce Mendes. “While no changes were made to the pace of quantitative easing at the last meeting, there’s likely more appetite now that hopes for another fiscal package are fading for 2020,” Mendes wrote.

The minutes also showed that a couple of FOMC members said that there was an upside risk from further fiscal stimulus turning out to be “larger than anticipated, though it might come later than had been expected,” the minutes said.

Expectations of additional fiscal stimulus from the Fed officials confirm Fed Chair Jerome Powell’s comments to the National Association for Business Economics on Tuesday, when he warned that there is more risk of “doing too little” than “overdoing” it.

“Too little support would lead to a weak recovery, creating unnecessary hardship for households and businesses,” Powell said. “The risks of overdoing it seems, for now, to be smaller. Even if policy actions ultimately prove to be greater than needed, they will not go to waste. The recovery will be stronger and move faster.”

The above comments take on an additional layer of importance after the U.S. President Donald Trump announced on Tuesday that he canceled stimulus talks with the Democrats “until after the election.”

During the September meeting, officials agreed to hold rates near zero at least through 2023 as they look for economic growth to pick up. This was also the first meeting after the Fed introduced its new average inflation target, which allows the central bank to let inflation run hot for longer without intervening.

In terms of the new inflation guideline, participants discussed how to provide greater clarity on future monetary policy decisions.

“Most participants supported providing more explicit outcome-based forward guidance for the federal funds rate that included establishing criteria for lifting the federal funds rate above the ELB in terms of the paths for employment or inflation or both,” the minutes said. “Among the participants who favored providing more explicit forward guidance at this meeting, all but a couple supported a formulation in which the forward guidance included language indicating that it would likely be appropriate to maintain the current target range until labor market conditions were judged to be consistent with the Committee’s assessments of maximum employment and inflation had risen to 2 percent and was on track to moderately exceed 2 percent for some time.”

The minutes also highlighted that the outcome-based forward guidance is “not an unconditional commitment to a particular path.”

On top of that, some FOMC members wanted to see more debate on the future of the Fed’s asset-purchase program, which pointed to a possible adjustment to its bond-buying program in the future.

“Some participants also noted that in future meetings it would be appropriate to further assess and communicate how the Committee’s asset purchase program could best support the achievement of the Committee’s maximum-employment and price-stability goals,” the minutes said.