Whether President Trump’s 180° reversal from his position a few days ago was an intended moved to properly posture himself and gain an edge for negotiations with Nancy Pelosi, or whether he simply changed his mind, is something only Donald Trump knows. Earlier this week President Trump announced that he will no longer negotiate with Nancy Pelosi in regards to passing a greatly needed fiscal stimulus package. Then just a few days later he seemed to back away from that statement as he said he was willing to negotiate on certain components of the fiscal stimulus bill.

On Tuesday, October 6th, Trump’s statement that he would no longer negotiate a fiscal stimulus package was a major component as to why gold futures traded and closed lower.

According to Neils Christensen editor of Kitco News, “The precious metal [gold] is seeing renewed buying momentum after hope was reignited that U.S. politicians could make a deal on a comprehensive stimulus package to support the fragile economy. The improved outlook comes after President Donald Trump, in a tweet Tuesday, said that he was ending stimulus talks until after the Nov. 3 general election.” 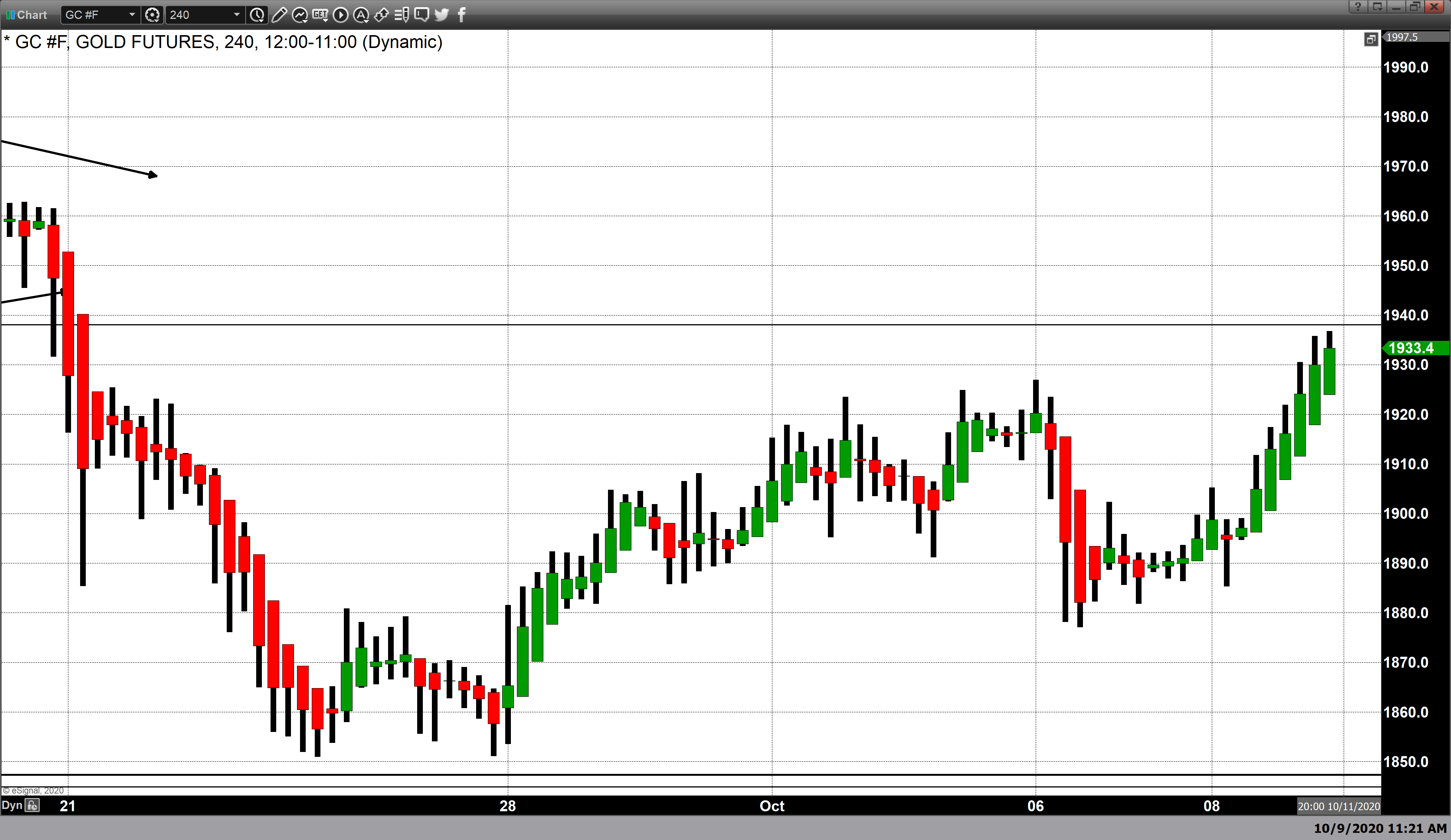 Christensen spoke to Jeff Clark, Senior precious metal analysts that GoldSilver.com. The senior analyst said, “There are so many reasons to own gold…If you were the God of gold and you designed an environment that was conducive for gold, you couldn’t dream up any more of a perfect environment than what we have right now. Ongoing election turmoil and uncertainty, social unrest, fundamental concerns surrounding the U.S. dollar, the ongoing economic chaos caused by the COVID-19 pandemic, unprecedented amount of monetary and fiscal stimulus, with more expected to come, low to negative real interest rates.”

Interest in the safe-haven asset gold has almost been fanatical. On Thursday the World Gold Council reported that, “Year to date, gold-backed exchange-traded funds and similar products have seen net inflows of 1,003 metric tons, up a 10th month in a row in September. Net inflows surpassed the previous record of 646 metric tons in 2009. Total gold ETF holdings rose to a fresh all-time high of 3,880 metric tons.”

Gold prices tend to rise during periods of uncertainty or unrest. The uncertainty regarding the outcome of the presidential election in the United States is a huge factor shaping bullish market sentiment for the safe haven asset class.

The CBO report said that, “Relative to the size of the economy, the deficit—at an estimated 15.2 percent of gross domestic product (GDP)—was the largest since 1945, and 2020 was the fifth consecutive year in which the deficit increased as a percentage of GDP.”

If or when a fiscal stimulus bill is agreed upon then the government will need to tackle the additional $2 trillion added to the current budget deficit.

Currently, the United States has accrued the largest amount of debt on record. The additional $2 trillion in aid if the bill passes would add fuel to an already raging fire. 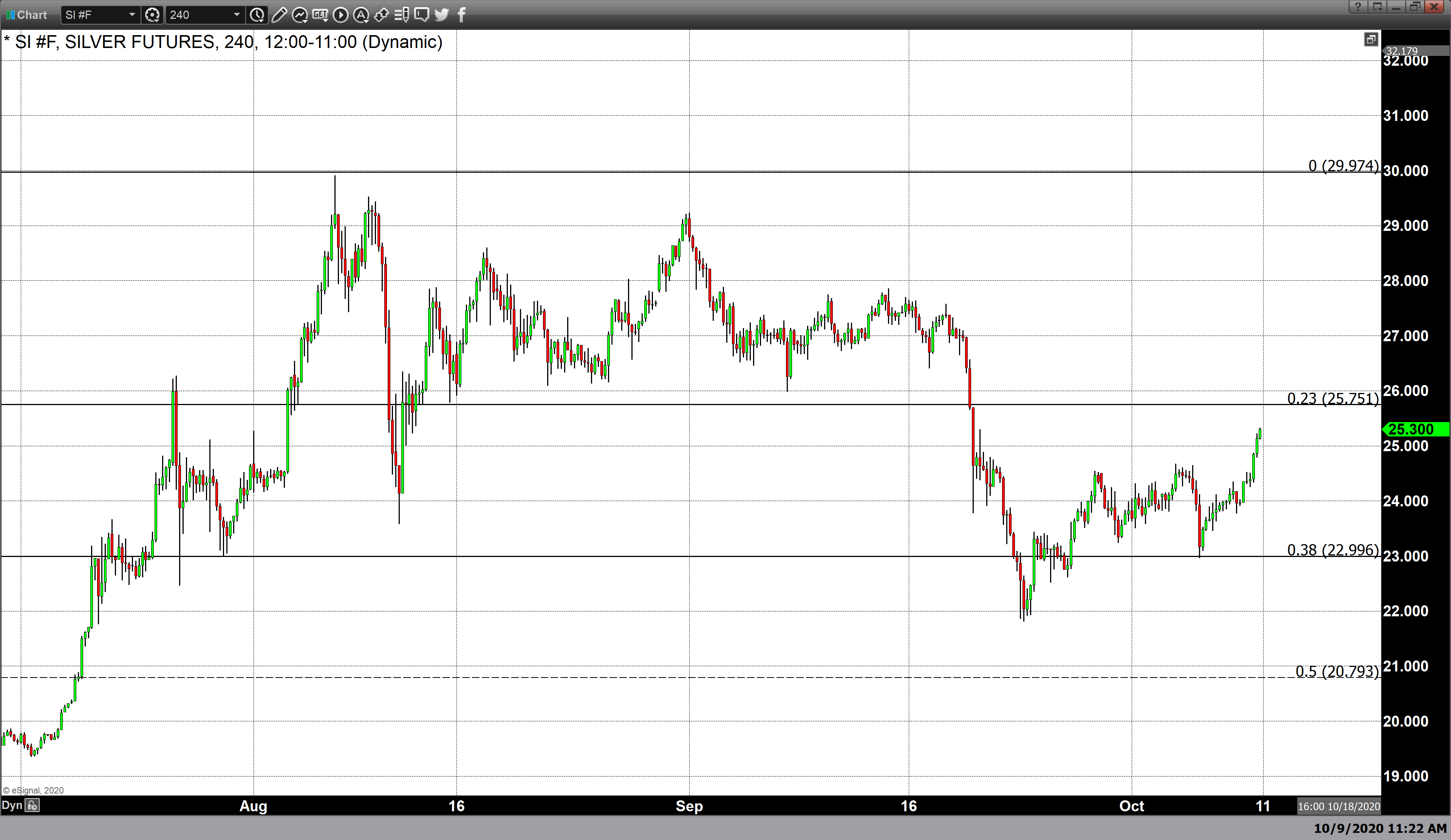 When we look at the recent price action since the 28th of last month using a 240-minute Japanese average chart we can see that from October 8th to current pricing we have had a succession of six large green candles with the absence of lower wicks. This is significant because a Japanese average chart uses the midpoint of the prior candle for the open of the next candle and therefore reduces much of the noise seen in a bar or candlestick chart. For the last two days with the exception of two candles, the remaining eight candles had large body sizes and no lower wicks. Simply put this indicates that on a technical basis there is still major strength in the current trend.

Currently, our technical studies indicate support for gold pricing at $1900 per ounce, with minor resistance currently residing at $1941, and major resistance occurring at the 50-day moving average which is currently fixed at $1949.50.

For those who would like more information on our service simply use this link.

Wishing you as always good trading and good health,