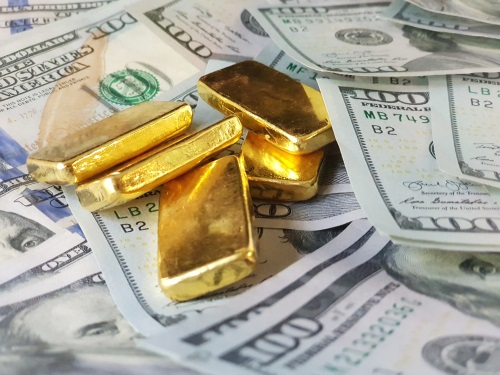 (Kitco News) – Gold prices are back above $1,800 an ounce and could have room to run higher on the back of a weaker U.S. dollar, according to one trading firm.

In a report published last week, analysts at ANG Traders said that they see gold prices rising to $1,900 an ounce as prices have bounced off critical support around $1,770 an ounce, which represented a 50% retracement from the lows in March to August’s all-time high.

Although gold has room to move higher in the near-term, ANG said the medium outlook doesn’t look as bright.

“In the medium term (6 months), gold is likely to be weak, but after that, it is likely to enter an extended bull market,” the analysts said.

They noted that the most significant risk for gold remains the U.S. dollar.

“The behavior of gold and the dollar is similar to 2000; the dollar is at the lower boundary of its trading range, and gold has made a high,” the analysts said in the report. “A rising dollar in the medium term – like in 2000 – could send gold lower for a few months, until an improving economy resurrects inflation expectations and causes the dollar to resume its bear market and gold its bull market.”

However, there is one caveat to ANG’s outlook. They noted that a potential government shutdown could be bullish for gold.

The U.S. Congress is once again being tested as politicians race towards an agreement to fund the government. Funding for nearly all federal agencies expires on Dec. 11.

According to Reuters, progress has been made on distributing up around $1.4 trillion to be spent by Sept. 30, 2021, the end of the current fiscal year. However, there are still granular details that need to be worked out. View original article here Source