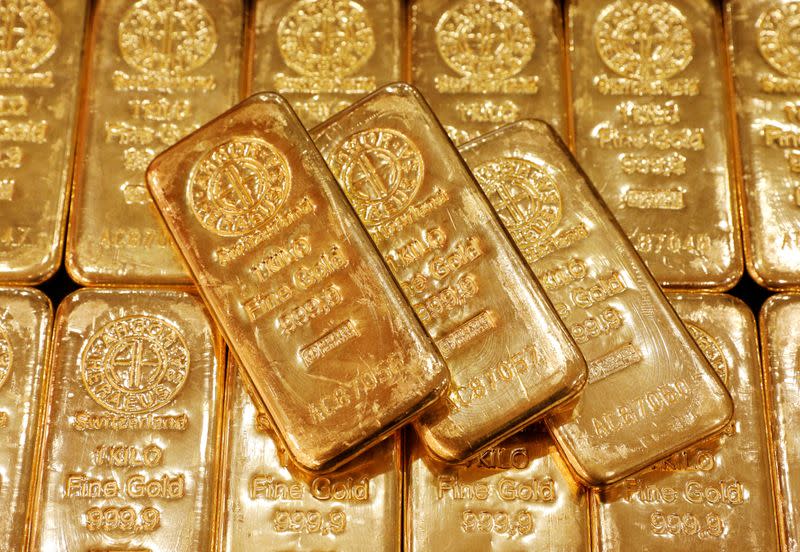 “The euphoria around a COVID-19 vaccine will likely overshadow further easing from the Federal Reserve and a fiscal relief package in the near term,” said Howie Lee, an economist at OCBC Bank.

“But gold could rally in 2021 when the vaccine optimism dies down and investors’ focus returns to rising inflation expectations due to the large swathe of monetary and fiscal stimulus the U.S. economy still requires.”

But, limiting gold’s losses were reports that a $908 billion U.S. COVID-19 relief plan could be introduced as early as Monday as a leading Democrat lawmaker suggested his party might be willing to reach a compromise.

Investors now await the U.S Federal Reserve’s two-day policy meeting starting on Tuesday with bets for increased purchases of longer-dated Treasuries to contain a rise in yields, which also weighed on the dollar.

“Gold could rise even if a fiscal stimulus deal isn’t reached as long as the Fed manages to compress yields with the collapse in negotiations ahead of the meeting, potentially necessitating more aggressive monetary action,” OANDA analyst Craig Erlam said.

Gold, considered a hedge against inflation and currency debasement, tends to benefit from lower interest rates that reduces its opportunity cost.

(Reporting by Nakul Iyer in Bengaluru; Editing by Aditya Soni and Uttaresh.V)