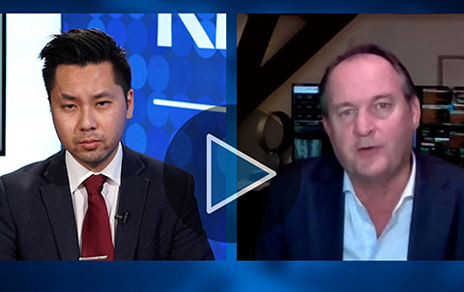 (Kitco News) – The commodity cycle is currently at a 100-year low when compared to the S&P 500, according to Willem Middelkoop, founder of the Commodity Discovery Fund.

“When you can enter a market as an investor at the 100-year low valuation, you know you’re buying near the bottom,” Middelkoop said. “We’ve seen a strong rise of gold. Gold often moves sooner in a recovery than the broader commodity market, so I expect the broader commodity market to recover in the next few years. They will benefit from all the money being printed. I think the new Administration [in the White House] will start to invest a lot in infrastructure.”

The Commodity Discovery Fund focuses on exploration companies around the world. The fund is up 60% year to date, having expanded its assets under management from $50 million to $150 million since March.

The outperforming mining exploration jurisdiction has been Australia, Middelkoop said.

“To our surprise, the major gold discoveries in the last few years, they are all being done in Australia,” he said. “Canada is lagging, and I think that’s also because we have a sever correction, especially in North America, and there was very little money invested into the exploration space. There’s a lot more money going into the exploration space now, so I expect many more discoveries in the next 12 to 24 months.”

On consolidation in the mining industry, Middelkoop  said that balance sheets of the senior miners are strong; available free cash flow means more mergers and acquisitions will likely come next year.