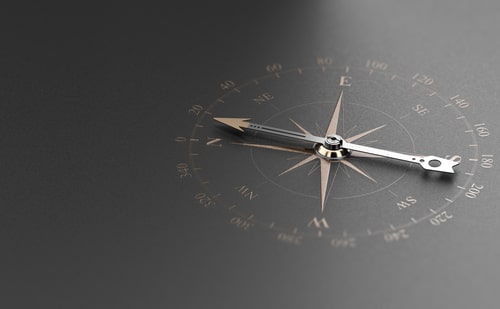 (Kitco News) Gold is down for the third week in a row but does this mean the bull market is over? Some analysts are beginning to reverse their expectations of $2,000 gold by the end of the year.

Thin holiday trading and stop losses have contributed to gold’s move below $1,800 an ounce on Friday.

And even though analysts remain certain that the macro environment is still very supportive of higher gold, some are starting to postpone expectations of new record high prices until next year.

“I disagree with the premise that gold was rallying because of the pandemic. I think gold was rallying because of the response to the pandemic. The stimulus package, the devaluation of the U.S. dollar, low interest rates — those are the reasons why gold rallied to new record highs. I don’t think any of those reasons have dissipated,” Phoenix Futures and Options LLC president Kevin Grady told Kitco News.

The drivers that pushed gold to new highs back in August are still very much there, said TD Securities commodity strategist Daniel Ghali.

“One way to look at this is to see what drives people to buy or sell gold. When we break that down, it comes down to factors that we can actually see in real-time. Things like the U.S. dollar, real rates, nominal rates, etc.,” Ghali said. “The price action in gold right now is entirely inconsistent with what’s going on in those other markets. And what that tells us is that it is overwhelmingly driven by positioning changes. Most likely, what has happened is that gold prices have breached some threshold that was essentially maximum pain that some market participants could withstand.”

Analysts did warn investors last week to expect higher volatility due to thin holiday trading, and this is what the gold market saw. At the time of writing, December gold futures were trading at $1,782.70, down 1.26% on the day.

“This week saw a rollover period. Wednesday was the last day of index roll, meaning that it was the last day for anyone who was long December contract to either liquidate those positions or roll those positions. This is what happened with the selloff at the beginning of the week. It gave people a chance to get out of the trade and revaluate,” Grady said.

Traders who got in late and were chasing the market higher are the ones getting out now, said Walsh Trading co-director Sean Lusk.

“What we are seeing here is those who got long last going out first, which means the public who probably chased this thing from $1,920. The formation was pretty steep, so the break was to be severe,” Lusk said.

Also, a lot of the attention is being taken up by the crypto space, and it has been hurting gold as well, Grady added. “Some money came out of precious and went into crypto,” he said.

Lusk also noted that a lot of people are starting to favor crypto versus gold. “But at the end of the day, what would you rather have an ounce of gold in your hand or something on the screen?” he asked.

In the next few weeks leading up to the Christmas holidays, the market’s attention will shift to how severe the COVID-19 restrictions will be, whether there will be any more stimulus this year, and what more can the Federal Reserve do to help, according to analysts.

“Market sentiment will be more likely influenced by news on the timing of a vaccine and concerns about a near-term intensification of Covid containment measures in the wake of Thanksgiving gatherings,” said ING chief international economist James Knightley. “The number of cases was rising sharply before last week, but holiday travel and socializing could see an acceleration that necessitates aggressive action to prevent healthcare systems buckling under the pressure of hospitalizations.”

These new restrictions could harm the economic recovery, which is far from stable, Knightley said. “Already we can see the jobs market is suffering as curfews and restrictions kick in across more parts of the United States.”

Markets are still likely to see problems with getting the COVID-19 vaccines out while the second wave persists, added Lusk. “There is some real potential that this could still hamper this recovery in equities outside of the political situation,” he noted.

With no stimulus yet in sight, the big question for gold is whether or not the market can count on the Fed to do more in December, said Ghali.

“More specifically, the change in weighted average maturity that some part of the market expects. That was the focus of the Fed minutes and will likely be the focus of the mid-December FOMC meeting. That’s ultimately what will determine whether or now gold prices will resume their upward trajectory in the near future,” he noted.

In terms of how to trade gold from here, Grady said to keep an eye on $1,851 as the upside level and then sell that level the first time gold reaches it. “This was our old low that we broke down,” he said.

Lusk, on the other hand, is not ruling out more losses next week before gold begins to recover. “If this market can push down another $60-$70 dollars lower, we could see a move below $1,700 before this is over with,” he said.

After that, Lusk projects for gold to begin to climb into 2021, noting that the end of December and beginning of January are seasonally good times for gold.

“We’ll go from Mnuchin to Yellen, which is right out of Bernanke school of quantitative easing and money printing. You can look for continued dips to get bought,” he said. “Seasonally, as we get into November through mid-December, we see a seasonal weakness. The market was overdue here. I am looking for support levels to hold and then buy into 2021.

Next week’s data slate is a full one, including the key U.S. nonfarm employment figures from November, scheduled for Friday.